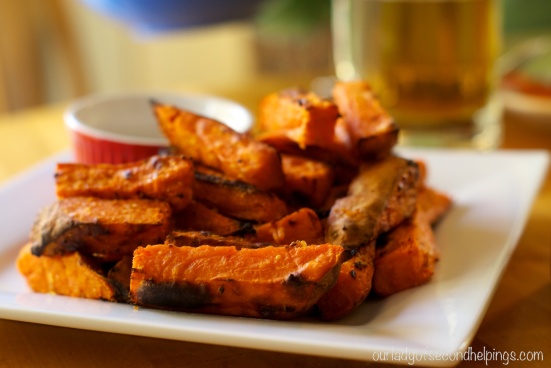 A couple of years ago I caught an episode of the Rachel Ray Show that changed my life! In the episode she demonstrated two tips for making oven fries that were so simple I couldn’t believe I had never seen them before. I have never looked back.

The first tip she shared was to par-boil the potatoes before baking them. In other words partially cook the raw fries in some salty boiling water. They cook for between 3 and 8 minutes depending on the thickness. After a few minutes in boiling water they should get a crisper outside in the oven. 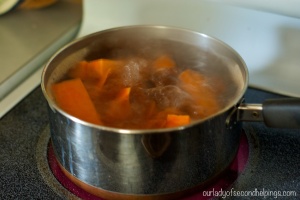 The second tip was even more revolutionary. Arrange the par-boiled fries on wire racks over a sheet pan to bake. Totally genius!

It changed the way I make oven fries. Before the show my oven fries often turned out crisp on one side and steamed on the other. Even turning them part way through the cooking process didn’t seem to help. With the potatoes elevated from the pan, both sides can cook at the same time, creating a more even texture. They also need significantly less oil to become nicely crisp.

The Rachael Ray Show web site has a recipe called Double Baked Crazy-Crisp Oven Fries cooked on a rack; it may be from the segment I saw. Hers are twice seasoned, I try and keep things a little more simple. When I make these fries I toss them in a seasoning blend and a little oil or spray with olive oil spray and then bake at 425 until they are toasty and golden. This method also works for any type of potato, and other starchy root veggies. The crispness depends on how thick the fries are cut. I change it up depending on my mood. The fries in this post are thick steakhouse style so they are on the softer side.

If you too are unhappy with the way your oven fries turn out, or you have never tried making them before, give this method a try. It could change your life! 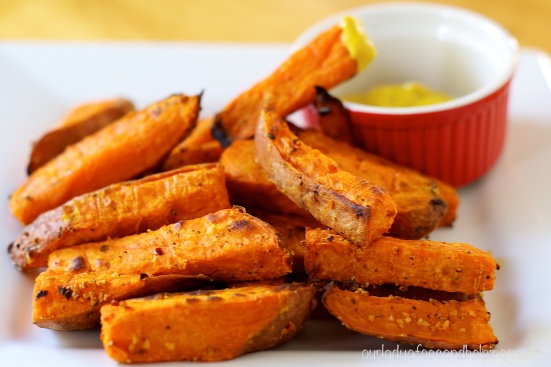 Comments, questions, or just say "hi"! Leave a note below, I'd love to hear from you! Cancel reply 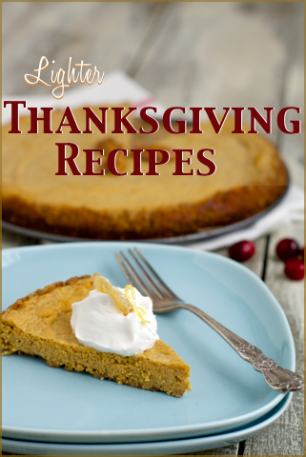 The Lady behind Our Lady

It has been said, and I truly believe, "diets don't work".

I'm Rose. In August of 2008 I began a journey to lose weight. Now, more than four years later I have shed over 145 pounds and life has changed in ways I never imagined. I began writing to share my journey with others. I hope to provide kernels of inspiration and motivation for anyone searching for ways to become healthier and happier in their own skin. In my experience, it is a combination of many small choices that add up to major change and a new lease on life.